Your Ego is in the Way, Coach! 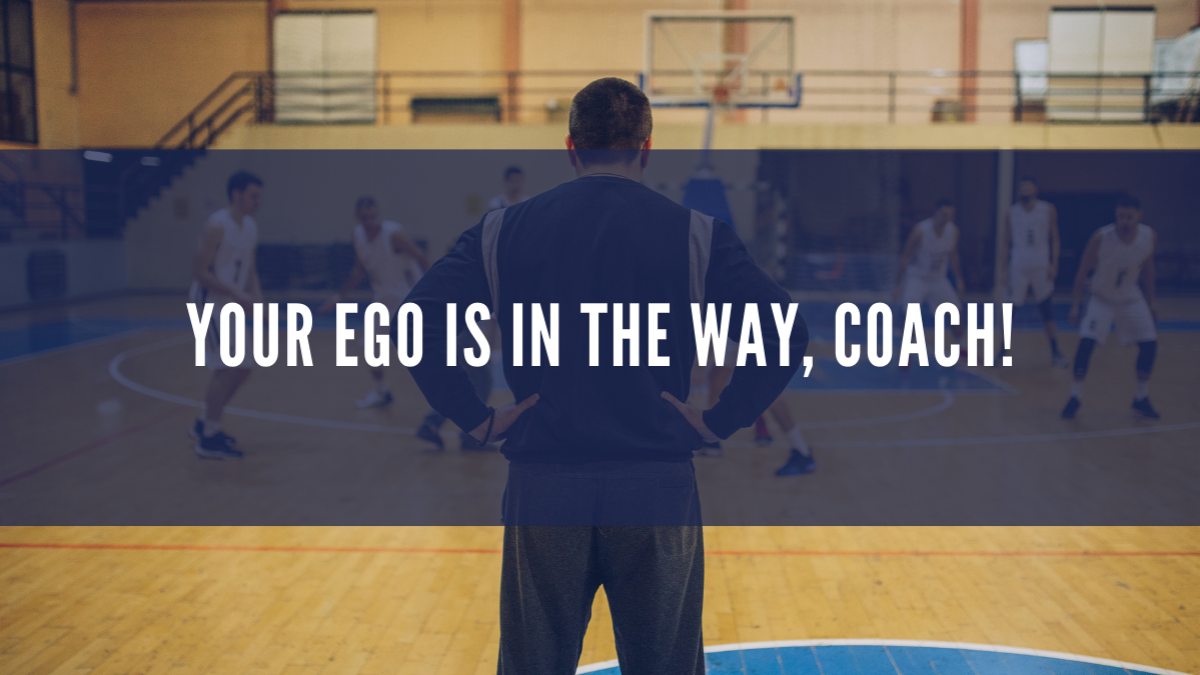 A great pass leads to a score, and the teammates point at each other, running back on defense as a way to recognize the play.

The pass was made from the wing into the post, who was fronted by the defense. The passer threw a dime over the top and led the teammate straight to a bucket.

The team wins, but the coach shows disappointment after the game and sternly talks with the player who made the pass. The coach is mad because he only wants the entry passes into the post from the corner. The passer saw a wide-open backside over the teammate and knew it was an easy pass and score from the wing.

Ego In the Way

Cases like this occur way too often. Coaches let their egos get in the way and potentially destroy the confidence and trust of the player. This is all because the coach wants one thing, but the player saw an opening and took it. Let’s call this player instinct.

If coaches take away a player's ability to make on-the-spot decisions, they might stop coaching. Players need instinct. Coaches need to understand players will make decisions on their own at times, and often very good ones. Players have the game feel more than the coaches do- they are in the game.

The example I am sharing above is an actual situation that has occurred. The player, in one game, had 3 of many assists from this same play. There is a lob over the top of a front by the defense and no backside help.

The coach reprimanded the player and caused a lack of trust.

Coaching puts players in a position through training, skill work, tactical training, game scouting, and knowledge to make the best decisions. Far too many coaches allow their egos to get in the way and destroy a player’s sense of independence on the court.

It’s not that players should have the freedom to do whatever they want when they want, but within the flow of a game, players must be allowed to make quick decisions they feel are best. As coaches, we can teach them later what options might have been better, or just leave it alone and learn.

I have to admit, I’ve been on a mission to try to clean up coaching for the past ten-plus years. I am certainly not the greatest coach, nor have I been free of mistakes. I’ve made my share. However, I understand learning, positive development of players, coaching methods and concepts, and how to build relationships with teams and players. I also understand when abusive behavior occurs.

I can’t begin to tell you how many cases I have directly seen and tried to help. It’s gotten me to the point where I feel basketball coaching in the US has declined tremendously. There are so many great coaches, but there are more travel teams and unqualified coaches allowed to start up a team. The overall damage to the coaching profession is becoming very large. It needs to stop.