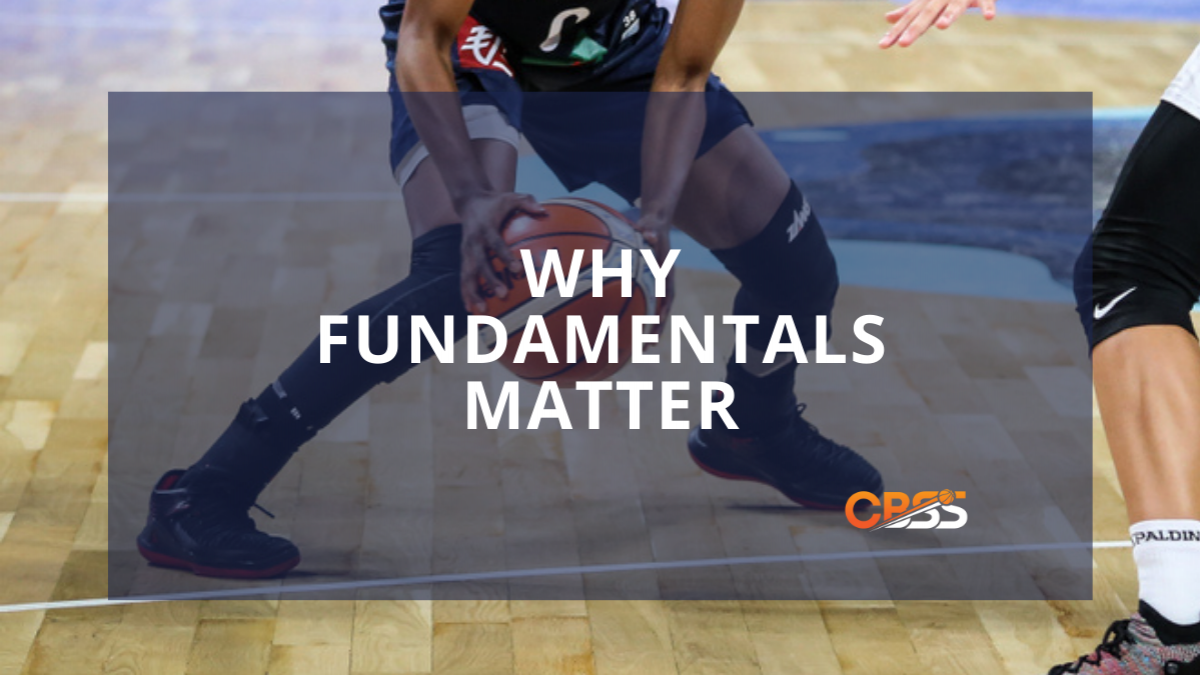 The worst attitude for basketball players to have is becoming too cool for practicing the fundamentals and foundational skills.

We see it all the time. Players who can do the Shame-God crossover, the Kyrie Irving fakes, the Diana Taurasi quick release, etc.

However, when trapped, they can’t perform a basic “pivot out of pressure” move. These same players can’t make a simple post entry with their weak hand to a spot, and the list goes on!

Fundamentals are insurance. They give you the security to know you can expand your skills. If players were willing to work on the foundational skills, they would have more ease with higher-level skills.

So What’s the Problem

Hype sells, and players are all in on the hype, the excitement, the highlights. This makes it difficult for those who try to give a fundamental landscape to build from.

Fundamentals for All Levels

Why are fundamentals so important for higher-level players?

In the first three and half quarters, the players with all flash and no substance might shine. The players with foundational fundamentals take over the end of the game. Because fundamentals don’t fold under pressure, they are impactful, variable, sustainable, and deeply engrained in a motor program in the brain.

The players who can’t stand doing the fundamentals because they feel it's too boring are the ones who will be on the bench when it matters most.

There can’t be any better defensive fundamentals for players to learn and coaches to teach than what I have in store for you than the Certified Basketball Speed Specialist Course Level 1. Join the movement so your players can join the elite list of movers.