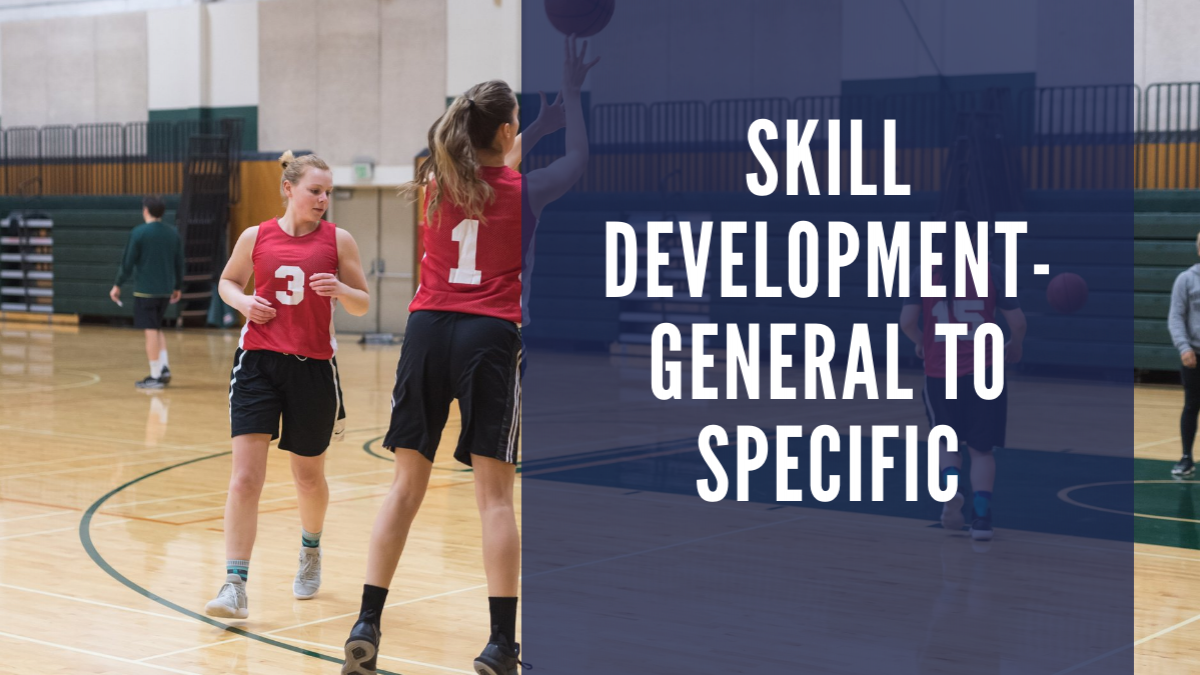 We probably all know this by now, but let’s be sure…

When an athlete, especially a young athlete, is exposed to a new skill, there needs to be an awareness of the general overall volume and attention to the general pattern instead of being specific.

For example,  if a new player is learning a skill pattern, it doesn’t need to be dialed into the precise nature of the particular skill right away. There will be a lot of variability in how the athlete moves in the initial stages.

Over time, as the athlete becomes more proficient at the skill and less variability in the execution exists, the skill can become more specific and detailed.

Kids learn the develop a skipping pattern reasonably young. It looks very general and doesn’t have a specific dialed-in pattern. When those same kids are in their fourth season on the track team many years later, their A-skip will be very dialed in and specific to that skill.

The same goes for shooting a basketball, dribbling a ball, or passing. Early on, these skills are about developing general awareness of the feel of the ball, the basic direction of the ball, and timing. As these general skills solidify, the coach can fine-tune the skills with specific demands.

General development brings a large pool of pattern variation for one pattern. As the skill becomes more refined, the brain prunes the unused variations away, so there is less brain space on useless patterns. This happens automatically, meaning the coach doesn’t have to worry about being specific too soon.

Coaching is about knowing the rules of development and honoring them. Some athletes develop sooner, easier, and more accurately than others. This has to do with genetics and the overall environment as much as anything else.

Keep it fresh, fun, and flexible, and results soon follow.

Basketball on-court speed is all about general athleticism growing into specific basketball movements. Become a Certified Basketball Speed Specialist so you can offer your players what they need to be at their best when it matters most.